According to what we repeatedly from locals, Volleyball is the second most popular sport in Bolivia (behind futbol/soccer of course!). Project Bless Volleyball is a sports ministry that was started in Bolivia, through World Venture.  There have been some cool activities around this concept that have varied from kids club teams of all ages, to college age competitive teams.  They have had some impressive participation in coaches sports clinics that included famous professional athletes, and have started to make a mark with their presence in the community. 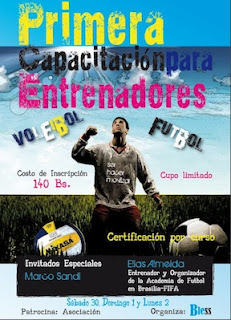 But there are also some significant barriers to this program really taking off, and as a result, this was the second business concept our business team looked at while we were in Bolivia.  This project has reached a wide audience, but has been completely dependent upon donations from the United States to sustain its efforts.  For several years now donations have come in, but always last minute, which has hampered their ability to plan ahead.  Additionally, every time they have built up their competitive team to where they are receiving some attention, star players are recruited by local universities to play for them, with significant financial advantages to doing so.

As a result, Project Bless is being refocused and developed around a kids club concept, that will fit the local culture, maximize the number of youth they can impact, and be sustainable based on a cash flow basis.  That sentence sounded very simple, but trust me, our team struggled with a number of concepts here, not the least of which was understanding the local culture and current volleyball sports system.

I get excited about the concept of creating a sustainable system with the potential to have positive impacts on a developing country.  But another aspect of this project that was exciting to me was seeing Dana as she utilized her talents in assisting this project.  Dana spent a significant amount of time creating lesson plans for coaches in this system that would combine learning volleyball skills with a corresponding life value that will give these kids lifetime benefits from their involvement.

I look forward to seeing what this project can grow to in the future with a real business model.

I’m not generally a very excitable person.  Dana might even say that is the understatement of the year right there.  I have a tendency to hide emotions, and often fail to adequately celebrate achievements with my wife.

Having said that, I’m tingling with excitement right now!  I just received an e-mail from Dan Collins in Bolivia, that seemed to be almost an exact answer to some of the questions he and I had discussed while I was in Bolivia.  Specifically, I was asking about the Board, leadership, and future direction of the non-profit (Emprendimiento Mundial) they have established for their mission.  Along with that, I had some very specific questions about the role of Bolivians, and any plans for transferring ownership of the vision to locals.

One of the Bolivians (Tito) who is already serving on the Board of Directors took the opportunity to come meet the entire team of U.S. businessmen who traveled to Bolivia while Dana & I were there.  There were a lot of direct goals and deliverables that we hoped to achieve as a result of having this team on the ground, and a lot of progress was made toward achieving those ends.  But as God often does, He used us in ways we had not even expected.  To quote Dan's e-mail, "We might have just sparked the desire and passion of an influential Bolivian business man who sees where he can use his business gifts in missions."

As a result of the excitement generated by our meetings that day,Tito recently provided Dan with a basic written strategic plan to do some of the very things we had talked about trying to figure out how to motivate someone to do!  Now, Dan and Tito are working together to lay a strong foundation for me to be able to come alongside them and build toward a sustainable system of business enterprises that support the vision of World Venture in Bolivia.  The potential exists for many great things to come out of this seemingly small step.

Please continue to pray for Dan and the direction of the many activities being undertaken in Bolivia.
Posted by Quinn at 4:44 PM No comments:

The most common question we have had in response to our news about moving to Bolivia is, “When?”  Right now I can tell you the answer to that is…  TBD.

Yeah, not exactly the best answer.  We would really like to be in Bolivia within a year.  In November, the Bolivian school year just completed, and this kind of timeframe would give our kids some time to settle in before having to jump straight into school.  The field staff in Bolivia would love to have us on the ground as soon as possible.  There are timelines with our current jobs that we want to be sensitive to.  In many ways, this would be an ideal time-frame.

The reality is that we aren’t completely in control of our timeline. Because we are going through a Missions organization, World Venture, we are required to raise the funding for this venture entirely from donations.  As a result, the real answer to “When?” is that we will go once the funding is in place.

If you are interested in helping by providing a tax deductible donation through World Venture, we would welcome your participation with us in this endeavor.  Click here for more complete information regarding our budget.

If you would simply like to make a donation now, or provide a monthly commitment, follow these links, and choose “Holzer, Quinn & Dana” from the drop-down menu provided.
Posted by Quinn at 6:25 PM No comments:

The Holzers have received donations and commitments to fund their budget. Their current level of support is:
One-time budget items: 100%
Monthly budget expenses: 91% 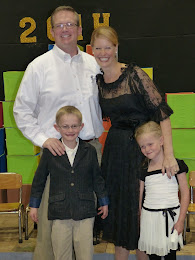